If you are looking for an experienced, professional, and affordable soil stabilization contractor, contact Shenandoah. Serving the entire state of Florida, we are one of the oldest and most experienced soil stabilization contractors in the industry. At Shenandoah we are experts at diagnosing soil problems correctly, addressing the root cause of problems and fixing problems accurately. We use only the highest quality materials and products, advanced technology, and seasoned technicians to ensure a sustainable, long lasting result. Our primary objective is to not only meet your budget and timelines, but also deliver the highest quality workmanship in the industry. With over 40 years of projects under our belts, our expertise as a soil stabilization contractor translates to safe, precise, and expertly executed projects. 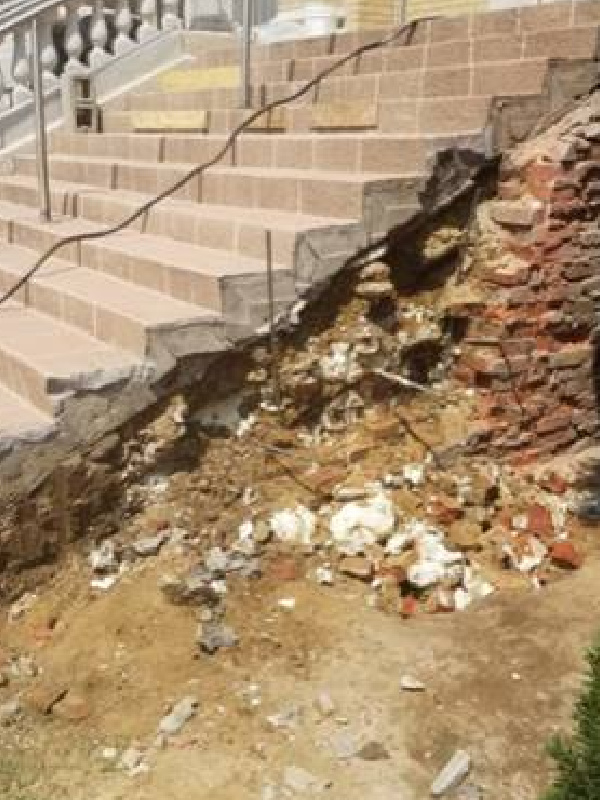 In October of 2021, Shenandoah Construction was contracted by Lee County Department of Transportation to remediate seawall issues on the Sanibel Island Bridge Span A.

Seawall still standing.  The material did its job.

Common Causes for Soil and Subsoil Failures and Destabilization

Both natural and man-made causes can lead to weak soils beneath structures. The original soil material/composition may not have been packed properly before construction, or nearby drilling or excavation may result in compromised soil quality. Regardless of the cause, weak soils and subsoils result in subsidence, generally caused by the extraction of groundwater, which leads to the formation of voids in the base and subbase soil beneath the structure. Symptoms of weak soils under government, commercial, industrial, or residential properties include:

There can also be evidence of soil subsidence in adjoining and nearby properties.

Soil subsidence is a common problem in Florida. The stability of any structure or concrete slab is based mostly on the soil properties it is built upon. Florida’s sandy, limestone soils and geological conditions can cause voids in soil underneath foundations, concrete slabs, roadways, and structures. Under overbearing weight, the supporting soils will become inadequate to support the structures built upon them. When settlement occurs, it can destroy the value of the property/structure and even render it unsafe.

In granular soils, chemical grouting fills the voids and pockets in soils and subsoils then bonds them together, stabilizing and lifting the soils and structure while creating a significant increased weight bearing capacity. This method it widely used for government, infrastructures, industrial, commercial, and residential buildings, and properties. Structural chemical grouting is also used to repair fractures in concrete and rock. When the grout is injected into the cracks and fractures it fills the voids with a powerful grabbing adhesive. It repairs the integrity of the concrete structure and rock and creates a waterproof bond.

Is most often used to stop water flow in soils and subsoils. Injection points are laid out in a well-defined grid/curtain, then under pressure, chemical grout is injected into the grid pattern which allows it to interconnect. This fills the voids in the soil and creates an underground curtain/wall that prevents water/fluid migration. Water control grouting is widely used as a cost-effective way to stop leaks in underground utilities, storm drain & sewer systems, tunnels, underground tanks/structures, elevator shafts, manhole catch basins and nearly any underground structure. Underground grout curtain/walls are created at water flow points to stop the leaks and water/fluid flow into the structure. The job can be completed inside or outside the structure depending on accessibility.

Shenandoah has been the soil stabilization contractor of choice for industrial, government, commercial, agricultural, and residential properties. Some of our projects have included:

What are The Benefits of Shenandoah’s Chemical Grouting & Soil Stabilization Process?

Material Reaches 90% of Strength in 15 Minutes, Assets can be Used Immediately

Low Pressure Injection of Polymer down to Base and Subbase Soils

When it comes to polymer chemical grouting, soil stabilization and preserving your real estate assets don’t settle for anything than the best. With decades of hands-on experience, the professionals at Shenandoah have the geotechnical experience and skills to inspect and complete your job correctly, on time and budget. Our outstanding customer service, excellent craftmanship, use of only the best in industry materials and equipment and highly experienced team members ensure that your soil stabilization project meets and exceeds all expectations. Contact us today for additional information. Our Inspection, Restoration, and Maintenance, (IRM) Program has helped maximize the performance of our customers sanitary and stormwater systems for over 40 years.

LEARN ABOUT OUR IRM PROGRAM